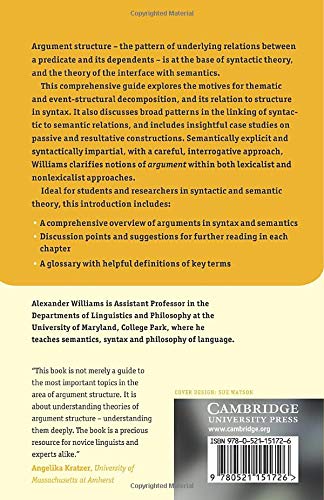 Linguistics Stack Exchange works best with JavaScript enabled. Introduction to Syntax Caroline Heycock University of Edinburgh This class is an introduction to a central part of the human capacity for language: the ability to combine meaningful elements into larger hierarchical structures. We'll look at the evidence for such hierarchical structure, and then explore some simple and not-so-simple ways in which this structure affects what are possible and impossible sentences. We'll consider questions of where syntactic structures "come from", and the extent to which they vary from language to language or don't.


Along the way we'll be discussing some of the central discoveries exciting! This is an introductory class. Intermediate Syntax Sabine Iatridou Massachusetts Institute of Technology In this class we will focus on a small number of topics, among which will minimally be binding theory and verbal morphosyntax. We will discuss what the empirical challenges are in each domain, and how proposals have developed over time to deal with an increasing body of knowledge about the relevant crosslinguistic patterns.

Prerequisites: At least one semester of syntax.


Complete familiarity with drawing and understanding syntactic trees. Basic notions like c-command and government. Students should have some basic knowledge of syntax and semantics. No background in Turkic languages is required.

Arguments and Adjuncts: at the Syntax-Semantics Interface

We will discuss several such proposals, with the goals of understanding what they have in common and how they differ and seeing what the best such theory going forward will look like. The empirical domains we will discuss include imperatives, evidentials, logophoricity, politeness marking, and interpretable person agreement.

Level: Intermediate-Advanced Prerequisites: Solid foundation at the graduate level in syntax and formal semantics. In doing so, we connect these newly established objects of study to more traditional objects of study, in particular, formal semantic modeling of iconicity in both spoken and signed natural languages. A particularly revealing part of this discussion is the fact that the entire typology of linguistic inferences found in words at-issue inferences, implicatures, presuppositions, supplements, expressives, etc.

This class is introductory in that it does not presuppose familiarity with super linguistic topics e.

The verb & its arguments: thematic roles & cases (Lesson 3 of 4)

However, introductory level knowledge in syntax, semantics and pragmatics will be presupposed. Bilingualism: Heritage Languages week II Maria Polinsky University of Maryland This course is about heritage languages and their speakers-individuals who are raised speaking a minority language at home but are exposed to a dominant, majority language outside the home. This dominant language becomes their main language in adolescence and adulthood. The minority or heritage language, despite being first in the order of acquisition, ends up being differentially represented, processed and used as compared to monolinguals of the same language.

The course presupposes knowledge of basic-level syntax. We'll focus on ways that sounds are represented in human language, how they are hierarchically structured, and how sound patterns are accounted for. We will consider patterns from many different languages, examining patterns of both distribution and alternation, and looking at phenomena such as assimilation, dissimilation, metathesis, stress and reduplication.

We will look at what is special about these sorts of phenomena and how linguists approach their treatment. The focus will be on gaining practice in data analysis, with exposure to both rule-based and constraint-based frameworks. The course is introductory in nature. Metrical Phonology Kevin Ryan Harvard University Metrical systems such as stress and poetic meter are characterized by rhythm alternating prominence , hierarchical structure culminativity and degrees of prominence , demarcation of domains, and sensitivity to prosodic weight.

This intermediate phonology course focuses on how these sometimes conflicting desiderata play out formally as constraints in stress systems and metrical verse, and what limits are in place on the typology. The first week treats rhythm and weight in stress mostly word-level, but with some forays into phrasal prosody and the second week continues with the same issues in the realm of meter and song.

Familiarity with Optimality Theory is helpful but not required. The aim is to come to a deeper understanding of how philosophers think of the foundational questions of linguistics, with an eye towards fostering better cooperation between the fields. The course is based on a textbook called Philosophy of Language co-written with Rich Thomason published recently in the Cambridge Textbooks in Linguistics series. 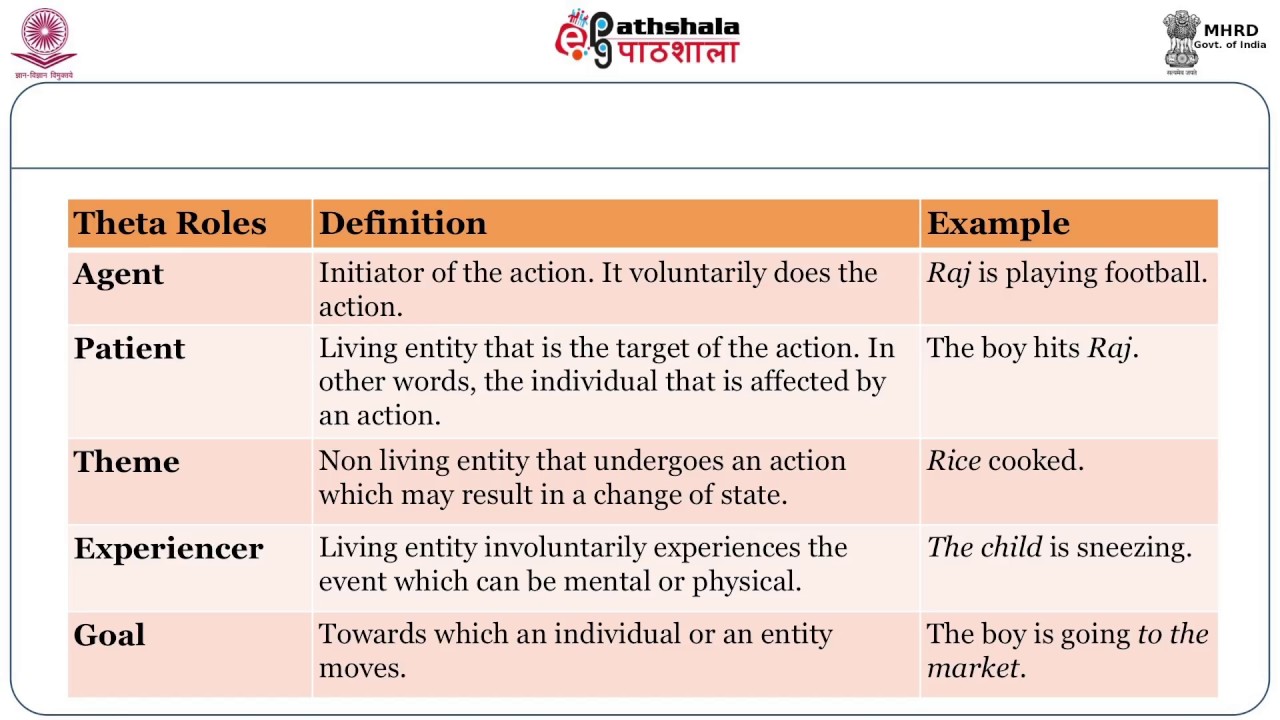 Related Arguments in Syntax and Semantics